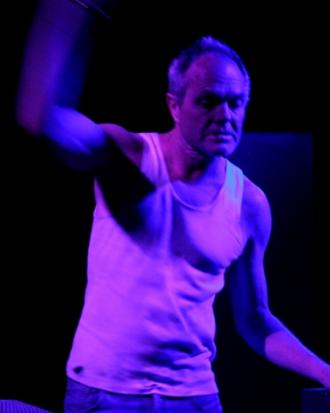 When an Indian back-lane guest house and the colourful characters that inhabit it have been in your life for decades, moving on from all that is and has been, is not without stories, heartfelt emotions, and consequences.

The final play in a trilogy of stand-alone monologues about the dark corners of big cities, opens the door on a dangerously beautiful, hidden New Delhi world.

“A natural raconteur” The Age
“An amazing story-teller” The Music
“A brave and accomplished artist” Stage Whispers
“House’s stage persona is magnetic” The Advertiser
"Confident, practised and expert” Barefoot Review

Assisted by: Arts SA, City of West Torrens, and Asialink.

The Ajoona Guest House is a masterclass in getting it right. Highly recommended.
Dr Diana Carroll - Arts Hub
House has said himself that he brings attention to the “plight of the underclass”. As writer and solo performer he does so with a skill, (that is) a compelling hour in the theatre.... get a ticket, if you can, to see this master storyteller in his element.
Jenny Fewster - Stage Whispers
Combine Bakehouse Theatre’s intimate Studio space with remarkable, original and deeply evocative writing, a fine actor and an accomplished director - and that ..is all you need to be transported, immersed and entertained. Such is the glory of exceptional theatre....This theatrical gem deserves to be seen by many. It is poignant, reflective, revealing and captivating
Lisa Lanzi - Theatre Travels