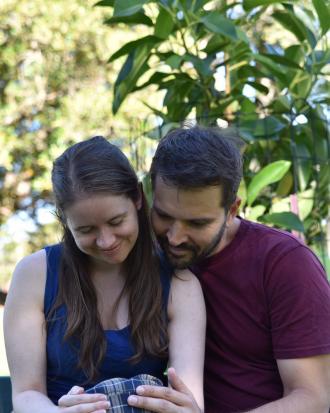 BUY TICKETS
Whole season now CANCELLED due to Covid complications. If you have booked for this time, please check your emails for details
Presented by:
Joh Hartog Productions

Parents-to-be Kurt and Martha just want the best for their baby. They’re not afraid of hard work, but not all ways of making money can be justified...... PROOF OF VACCINATION REQUIRED FOR ENTRY

As we all know, in this day and age of increasing cost of living rises, unaffordable house prices, wages rising slower than inflation, it’s simply not easy for a young couple at the lower end of the income scale to get ahead in the world, no matter how hard they work. And when you are reduced to one income due to pregnancy…

Parents-to-be Kurt and Martha just want the best for their baby. Neither is afraid of hard work but their income is not enough to live the way social media or television advertisements proclaims ought to be the ‘norm’.

The pram, as advertised on TV and recommended on Facebook, doesn’t come cheap and all the myriad bits and bobs for looking after your baby that are considered a ‘must’ can stretch any budget. So when Kurt’s boss offers him a chance to make some easy money with a mysterious side job, he jumps at the chance. Wouldn’t you?

This fable about the moral and environmental cost of our materialistic nesting instincts, was written by Franz Xaver Kroetz, one of the most distinguished living German playwrights, actors and film directors, and translated by Conor McPherson, a noted playwright himself.

“Kroetz is an exceptional dramatist” – Guardian

“The Nest is an unflinching play about the corrosive effects of poverty. It is a parable about toxic waste by Franz Xaver Kroetz, Germany’s most often performed contemporary playwright.”- The Observer

From the director, Joh Hartog:
This will be my last production at the Bakehouse Theatre. Its lamentable demise marks the end of the theatre which has been my theatrical home for several decades and where I have staged about 30 plays since 2005. My unbridled thanks go to the two rocks that have kept this theatre going for so long and for so little monetary reward: Pamela Munt and Peter Green. It is their kind of dedication that keeps this important artistic avenue open.