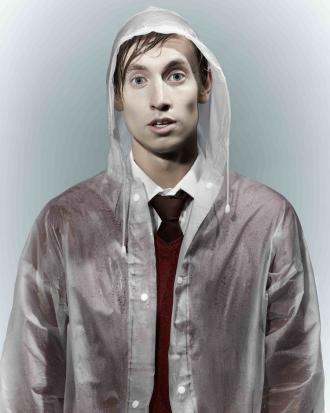 Matt Crook in Between Two Waves 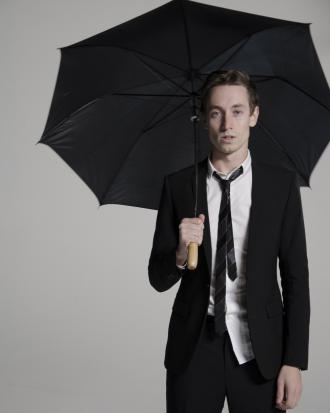 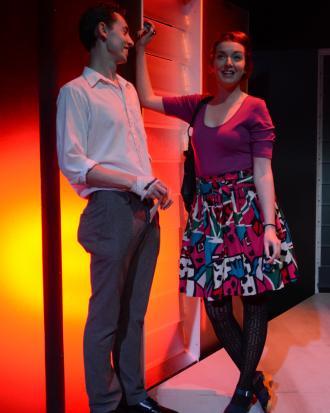 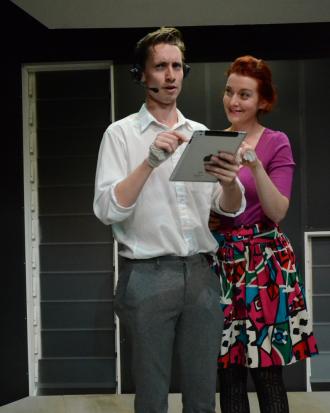 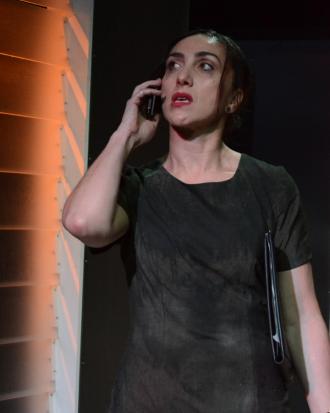 “There's a tipping point where it becomes impossible to reverse. We said it would be here in five years. Ten years ago. And now it's too late”

When a freak flood sweeps through Sydney, Daniel, a young, brilliant climate scientist, loses a lifetime of research.  He should have seen it coming and having just accepted an important advisory position within government, his job is to do just that.  But his advice to prepare for the worst is falling on deaf ears.
Knowing how the future looks presents Daniel with a moral dilemma.  Can you bring a child into a world, knowing that world will be at the mercy of cataclysmic changes in climate?   Certainly for his girlfriend Fiona, there is no question about having a family and the news that a baby is on the way brings Daniel’s crisis of morality crashing into their lives.
Between Two Waves is a vital new play about one of the greatest challenges facing humanity.  A touching, funny and moving love story that taps into our anxieties for the future and the moral dilemma of bringing up a family in the face of climate change.

The South Australian premiere of Between Two Waves is supported by the State Theatre Company of S.A. through their Umbrella Program and by Arts SA through their Independent Makers and Presenters Program.

"Elena Carapetis doesn't miss a trick..but she is not alone in a powerful performance.. Matt Crook is an exceptional young actor..Ellen Steele.. is more than engaging...James Edwards’ (is) a simpatico performance....McMahon gives it a strong punchy pace making it tight and intense. Throw in Nic Mollison's perceptive lighting, Jason Sweeney's smart sound design and one has a terrific production."
Samela Harris - Barefoot Review
"This is one of those standout productions where the whole is greater than the sum of its parts. Each cast member delivers the plight of their character with unnerving authenticity, and the pinnacle of artistry is reached during a series of captivating exchanges with shared dialogue across different time frames. Award-winning director Corey McMahon excels in this showcase production"
Patricia Hereen - Indaily
"Crisply directed by McMahon, this production is well-suited to..the Bakehouse. The performances are excellent..Matt Crook is at his versatile best..Ellen Steele brings interesting and touchingly believable inflections..Elena Carapetis spars well..James Edwards provides a valuable contrast..A new Australian play well deserving of another staging"
Murray Bramwell - The Australian

Between Two Waves review the Australian.pdf