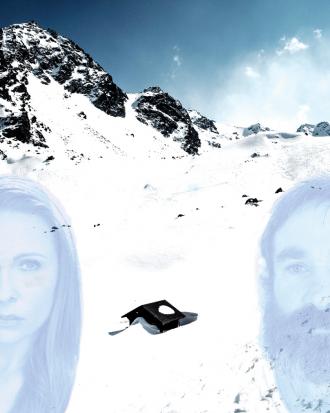 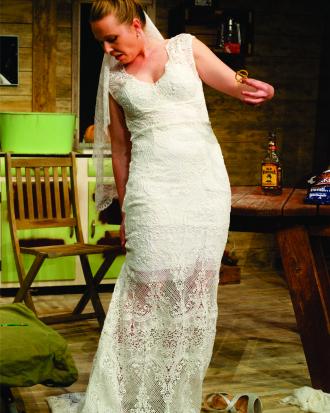 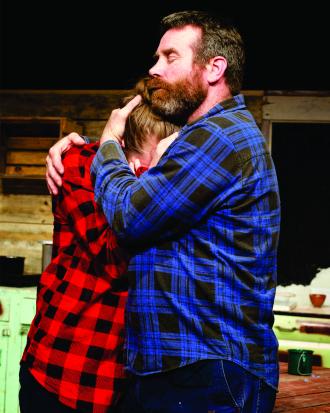 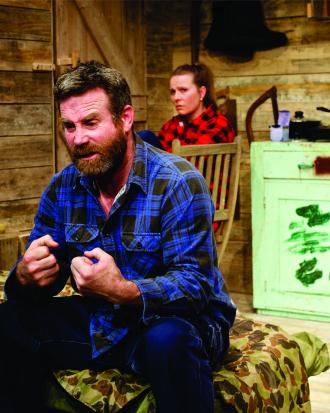 BUY TICKETS
Under the initial fairy tale imagery, is a fascinating story of mystery, danger and hope. It is laced with dark humour as two strangers attempt to understand both themselves and each other.
Presented by:
Joh Hartog Productions

It’s a ‘white-out’, outside and in, until the redemption of these two lost souls warms your heart.

In an isolated cabin in the wilderness of Alaska, as a blizzard rages outside, a lonely figure lies sleeping under a pile of blankets. Suddenly, he is awakened by a tormented young woman in full wedding dress who has driven all the way from Arizona to escape her impending marriage.  The two circle each other as only strangers can, alternately repelling and attracting each other as they explore the pain of the past, and eventually consider the possibilities of the present.

Are we watching a tragic fantasy, or a romantic comedy?  Take this compelling journey with us and find out for yourself.

“What a beautiful story.....yes your heart can be broken. But if you’re lucky, it can be healed as well” – Austin Chronicle

“A flaming comet of a play....a cathartic wild ride to a new understanding of the necessity of connection”– Deborah Greenhut – medium.com