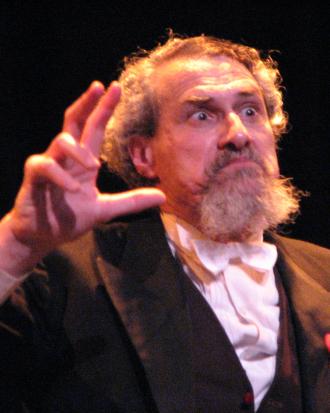 In this one-man production of Charles Dickens’ A Christmas Carol, Dickens himself -- played by Phil Zachariah -- takes to the stage to present his joyous, ghostly story of the redemption of Ebenezer Scrooge, to breath life into all his wonderful characters as he did in hundreds of public readings across the last 17 years of his life.

The production, which is based on Dickens’ own prompt copy, began life in Melbourne in 2003 & eventually became an unmissable Christmas tradition at the Melbourne Athenaeum.  It has toured the world to critical & audience acclaim, & for the last four years has delighted high school students across Victoria

”could hardly have asked for a better likeness or more expressive actor than Phil Zachariah in this solo tour de force. …nothing short of brilliant…a must see piece of theatre” --Theatre Review, Christchurch

“magnificent and sensitive…see it…whatever the day of the year and whatever continent you’re in!” --Louise Denyer, Paris