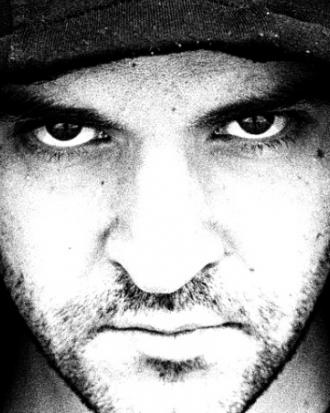 BUY TICKETS
Do you know the man you really are? The Darker....don't go there alone.
Presented by:
David Daradan & Martin Christmas (SA)

"The Darker started it's journey from a Facebook comment between the actor and the writer: Is there an ominous darkness within each man?

Since July 2013, this comment has been workshopped into a dynamic one man show.

The production premise is that within a man, there are many men lurking in his subconscious, waiting to be released on the world. Whether a man acts on or decides to sublimate his subconscious urges is the contract between himself and society. The Darker follows the journey of Dave the Narrator who explores this premise with his audience, presenting characters from his imagination or memory.

For example... Sexually frustrated Man, Hurting Man, and Bully Man. The audience gets a chilling look 'behind the scene' at an Everyman journey.

Unwittingly Dave releases the forces of darkness (Dark Man) and light (Good Man) from within, with disastrous consequences for the man caught between his own Devil and Angel.

The Darker is a tour de force performance by David Daradan as written and directed by Martin Christmas in Bakehouse's Studio Theatre. A confronting performer and audience experience.

Do you know the man you really are? The Darker... don't go there alone."

"This is the sort of thing that I expect of a Fringe performance, a work that makes an audience think and leaves them talking about it after. This is not for sensitive souls, but for serious theatregoers". -Barry Lenny - Broadway World

Written and directed by Martin Christmas
Performed by David Daradan