The Empress and Me - UK 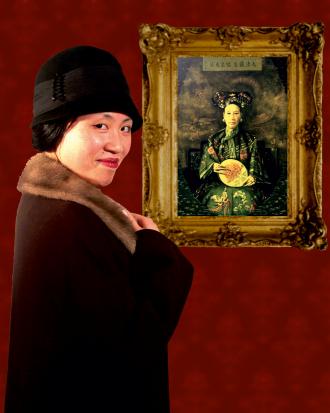 BUY TICKETS
Adelaide Fringe
3 PERFORMANCES ONLY. An Australian premiere based on the true story of Lizzie Yu, lady in waiting to the infamous Empress Cixi.
Presented by:
Grist to the Mill Productions Ltd.
Tickets also available via:
At the door on the night (subject to availability)

Lizzie Yu, daughter of a Chinese Diplomat and Eurasian mother, was raised in France to be every bit the Victorian Lady, but when her father is recalled home she suddenly finds herself living in the Forbidden City, entangled in the politics of the Chinese Court and lady in waiting to the infamous Empress Cixi.

Based on the amazing true story of the Princess Der Ling who, following her unique experience of life at the Manchu court and close relationship with the Empress Dowager, became an international celebrity. The Empress and Me looks for the real woman behind the persona of Princess Der Ling and explores just what it is like to be raised between two cultures. Written by Ross Ericson, the OffWestEnd Award nominated writer of 'The Unknown Soldier'.

The Empress and Me is one of three productions from Grist to the Mill at the Bakehouse studio, Adelaide Fringe. The other shows are Gratiano and The Unknown Soldier.

‘The Empress and Me is an evocative tale of a remarkable life, and a perfectly pleasant way to spend an hour.’ - The Stage
‘An interesting journey to an unfamiliar place, and an enjoyable insight into a remarkable tale’ - Fringe Guru
‘An engaging manifestation of a fascinating woman who was clearly mistress of her own destiny in defiance of her times and culture.’ - Broadway Baby
‘Absolutely fascinating – a window onto an early twentieth century culture now lost for ever’

It’s an expository script full of historical information, with lots of quips. Its Australian premiere at the Adelaide Fringe.
The Advertiser

Performed by: Michelle Yim
Written and Directed by Ross Ericson