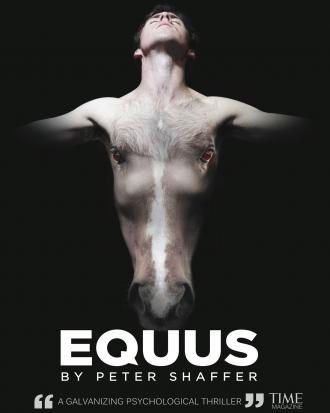 International sensation, Equus, from renowned playwright Peter Shaffer will be given a new lease of life by the team from Adapt Enterprises in Adelaide this November.

Described by Time Magazine as a “galvanizing psychological thriller” Equus is a unique piece of theatre, presenting a complex and thrilling exploration of sex, religion and sanity. Above all, it explores whether our passions are destructive.

2016 has been a year in which the world has lost many greats and the theatre community has not been without its casualties, bidding farewell to Equus writer Peter Shaffer on June 6. His legacy, however, will be respectfully honoured in this thrilling production.

Centering on Dr. Martin Dysart, a dissatisfied and disaffected psychiatrist, Equus follows Dysart as he delves deeper and deeper into the murky depths of the mind of his young patient, Alan Strang. Beneath Alan’s complacent manner, Dr. Dysart reveals a fervent, passionate power, challenging the role of religion and authority within society. Can Dr. Dysart help Alan or is it Dysart himself who truly needs to be saved?

Originally written and performed in 1970s England, Equus is a piece that has established itself as a modern theatre classic. The story resonates strongly with audiences initially capturing director Vosvotekas’ attention many years ago during his studies. Bringing it to the stage has long been a dream of his. “I can’t wait to share this fascinating story with the people of Adelaide. This production will be vibrant! A theatre classic staged in a unique way. It’s also Adapt’s third show in four years at The Bakehouse Theatre” explains Vosvotekas.

Featuring a local ensemble brimming with talent, this production will challenge audiences with a performance that will enthrall from beginning to end.

Catch Equus at the Bakehouse theatre from November 10th – 26th; with twelve shows only, tickets for this rich and compelling production are sure to sell out fast!

An Amateur Production BY ARRANGEMENT WITH ORiGiNTM THEATRICAL, ON BEHALF OF SAMUEL FRENCH, LTD.