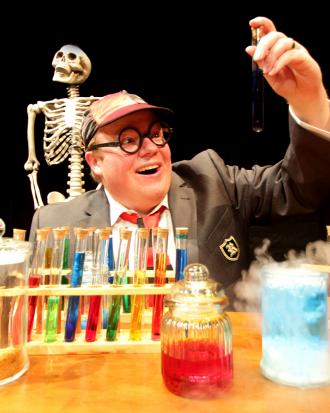 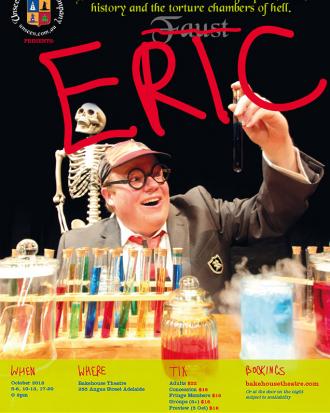 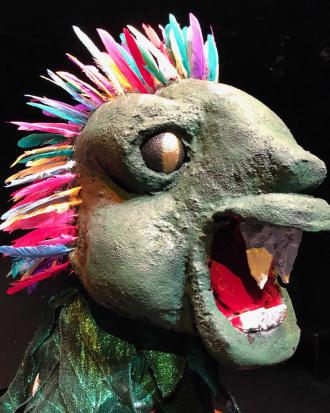 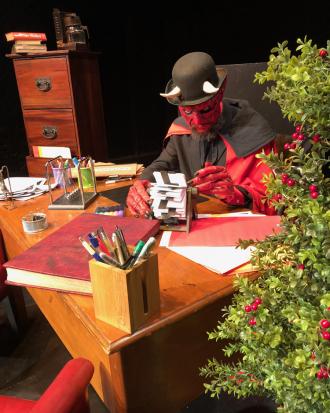 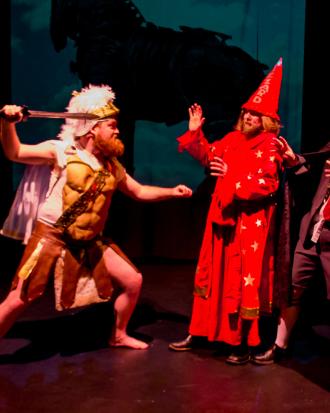 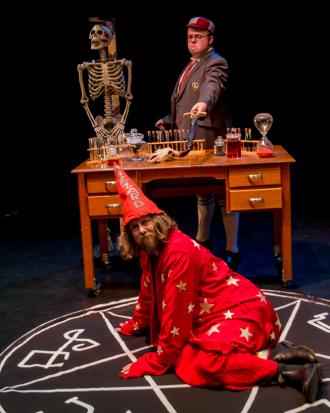 BUY TICKETS
Pratchett's hilarious race through space, time, history and the torture chambers of hell
Presented by:
Unseen Theatre Company
Tickets also available via:
At the door on the night (subject to availability)

Eric has been described as “the Discworld’s only demonology hacker”, but all he really wants is three wishes.  That sounds simple enough, right?

No, this is not your favourite fairytale from your childhood.   Far from it.  Well, maybe not that far........just as far as the Discworld where demons, wizards, hell-hounds, hostile travel accessories, and more demons, thinly disguised as public servants with a penchant for excessive amounts of stationary and memos, are real.  Well...real-ish.

But to get back to Eric, the clever young man with a Faust-like spirit of insatiable scientific inquiry.  It turns out that he is not quite as clever a hacker as he thinks he is. Instead of calling up a malleable, complaisant, but experienced demon to grant his wishes, his magic circle has managed to retrieve the most incompetent wizard in the universe ...Rincewind.

What follows is an hilarious race through space and time. Not to mention, the torture chambers of hell. (which I think I just did – oops!)

“The chemistry between Irving and Tutty is perfect...their comedic timing and range is on point. .. Eric boasts a talented cast of supporting players who undertake multiple roles...these actors are commendable and often hilarious....As usual, Pamela Munt acts as both adaptor and director. She brings Terry Practchett’s singular Eric to life, with the help of her talented troupe".
Nicola Woolford - Glam Adelaide
"Pamela Munt’s adaptation.. has laughs and thoughts enough to satisfy fans. Hugh O’Connor stands out as Lavaeolus, the Discworld Ulysses, and Amy Ford is an energetic Urgglefloggah...Danny Sag impresses in multiple roles and Alicia Rabig is a great parrot and creator....There are some great costumes and technical effects from Michelle Whichello and Stephen Dean"
Ewart Shaw - The Advertiser
.... be prepared for mayhem and madness, melded together by a brilliantly observational intellectual mind. Pamela Munt has worked hard with Sir Terry's vision, by adapting, producing, and directing.... The idea of Hell being a group of bureaucrats brings relatable terror into our modern age...this production continues to delight Pratchett fans.
Christine Pyman - Broadway World