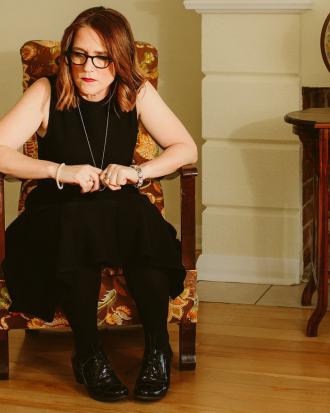 BUY TICKETS
5 STARS from The Advertiser. Sold out at the Adelaide Fringe, and returning to The Bakehouse as part of ZestFest.
Presented by:
Tracy Crisp
Tickets also available via:
At the door (subject to availability) Box office opens 30mins before show time

Sold out at the Adelaide Fringe, and returning to The Bakehouse as part of ZestFest. "Tracy Crisp’s stories of memory and family are so vivid and affecting in The Forgettory they stay with you long after the theatre lights fade." Louise Nunn, The Advertiser Five Stars

Alone in a new city, her last bottle of wine nearly empty, a woman drinks but can never forget. Meanwhile, on the other side of the world, her grandfather wanders the past fighting to remember. And in between, there are memories of birth and death, childhood and adolescence.

Told with Tracy Crisp's trademark blend of poignancy and humour, a compassionate story about a woman's identity, family memory and ageing.

If we don't remember who we were, then who do we become?

Tracy Crisp is a writer and performer across platforms as varied as stand-up, novels, storytelling and memoir. The Forgettory is her second solo show in Adelaide and follows the success of her 2018 debut show, Pearls.