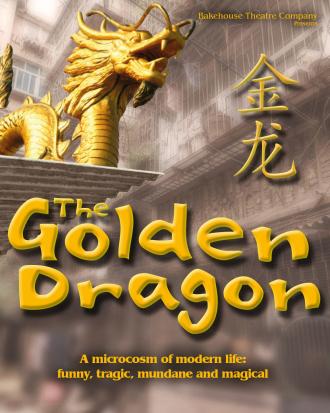 BUY TICKETS
"...an evening of theatre that should not be missed."
Presented by:
Bakehouse Theatre Company
Tickets also available via:
At the door on the night - Box office opens 7pm

"It is not often that we see a good Epic Theatre style of production in Adelaide, and so right there is one reason to catch this production, but the main reason is that this is a superb production in its own right. The set, lighting, direction, and performances are all of such a high standard, and the combination results in an evening of theatre that should not be missed."
-- Barry Lenny, Broadway World

"It is difficult to choose just one performance... they portray their characters with such skill... the nuance of each personification is there. This team is an ensemble working in harmony."
-- Maxine Grubel, Stage Whispers

"Like a fine Chinese meal, there are many interesting ingredients and, left to digest them for a while, one realises that it has been surprisingly satisfying."
-- Samela Harris, The Barefoot Review

The Golden Dragon: a busy Chinese, Vietnamese, Thai restaurant at street level of an apartment block. Next door an overstocked shop. Above, one flat with an old man, another with a young couple at the beginning of their lives together and yet another a couple on the verge of separation.

In the restaurant, a young, Asian man with a rotten tooth.

Lives in The Golden Dragon either run parallel or intertwine in unexpected ways. The play tells a number of different stories (seemingly unrelated to each other) more or less simultaneously. These stories gradually intersect and overlap.

The cast of 5 actors narrates the different threads of these stories, as well as playing multiple characters in ways that excite the imagination and liberate it from pure common-sense logic.

The result? - a microcosm of modern life -  funny, tragic, mundane and magical.

Structuring the play in this way, Schimmelpfennig makes the ordinary seem unreal and the unreal seem logical. It is a kaleidoscope of images, impressions and feelings that moves seamlessly from the every-day reality to the bizarre. From pathos to humour, from skimming the surface to sudden depths, from minute detail to broad expanse, from beauty to extreme ugliness.

And in the end it is like a dream that never was.

Barefoot Review of The Golden Dragon.pdf