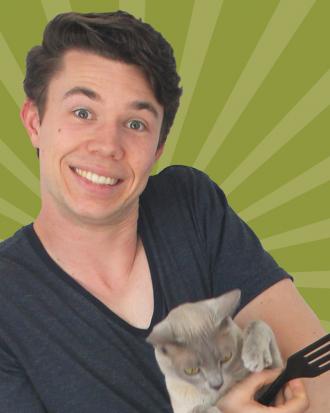 BUY TICKETS
4.5 STARS from Krystoff - "McLean consistently proves his impressive acting ability,...a comedic charm that will leave an impression as you leave the show"

When James’ grandmother passed away she left something precious behind for him: A "box of crap”. In this hilarious and personal coming-of-age cabaret, James realises this “box of crap” is his roadmap to adulthood.

A uniquely funny story-telling experience told through a series of vignettes about swingers, cryptids, feline adoption, sex criminals, the perils of hospitality, and how to deal with skinny itchy blokes who have an unhealthy obsession with their navels.

Whether you’re thinking of taking those first steps towards being a real, self-sufficient adult human or can remember that time in your life, allow James to take you on a journey through these often tumultuous, sometimes frightening and always retrospectively hilarious experiences. Directed by Melbourne award-winning comedy and cabaret powerhouse, Wes Snelling.

'A great talent for comedic timing and physicality' - ★★★★ Rip It Up

McLean consistently proves his impressive acting ability,...a comedic charm that will leave an impression as you leave the show.
Anthony Nguyen - Krystoff