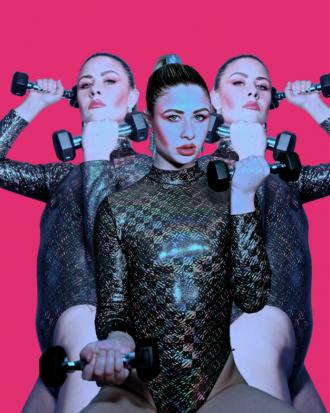 BUY TICKETS
Welcome to Paradise. Where those lucky enough are offered the chance of a clean slate.
Presented by:
FUGUE
Tickets also available via:
At the door 30 mins before the show starts (subject to availability)

It almost seems to good to be true, but In Paradise, five individuals get their game faces on as they are confronted with the weight of guilt for the first time. Centring around a ritualistic repentance, Paradise exists as a treadmill used as public confessional. See tension rise as desperate souls attempt to keep their head above water as they drown in each other's dirty laundry. How will they cope with conscience in a world where human vulnerability is seen as a weakness? You can't run from guilt... Can you?

This high-energy performance will leave you on the edge of your seat. Get ready to sweat for forgiveness.

Originally formed in 2013 in Queensland with their critically acclaimed debut, eFEMerALE 4, FUGUE now spreads over four states across Australia, from WAAPA, NIDA, VCA and QUT.
FUGUE is a celebration and investigation of how multiple artistic mediums come together to create unique, visceral and socially responsible work.