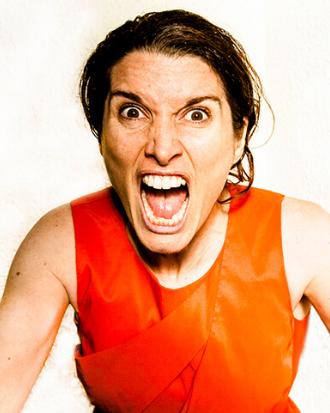 BUY TICKETS
Adelaide Fringe
5 STARS from ATG - "Jacqui engages you from her very first word and delivers Gina’s dialogue in an enthralling and at times endearing manner. Obviously funny, but also providing food for thought"
Presented by:
Gina Schien (NSW)
Tickets also available via:
At the door 30 mins before (subject to availability). Shows start ON TIME. Latecomers not admitted

We put money on that horse to win. Then, if we win…’

The Punter’s Siren is an Australian comedy by award-winning playwright Gina Schien that wowed Sydney audiences during two sell-out seasons.  We’re now thrilled to be taking it to the Adelaide Fringe in 2020.  The outstanding Jacqui Robson reprises her role as the timid Helen who falls for a mysterious woman at her first day at the races. A woman who tempts Helen with an outrageous proposal.

Will she say yes? Should she say no?

The Punter’s Siren is a richly satisfying, life-affirming hour on stage. Produced as a two-hander in Sydney The Punter’s Siren will be performed in Adelaide as it was originally written – a high-octane one-woman show with a twist.  ‘Robson is Lucille Ball, Mary Tyler Moore and Jim Carrey all rolled into one. Hers is a thoroughbred performance - and is most definitely the reason why punters have been barracking for more...This actress is a bolter!’ - Rose Cooper, Stage Whispers.

‘Some of the most refreshing and wittiest play-writing you’ll find this side of the equator.’ Bridget Conway, Lip magazine.

Get your tickets and put on that fascinator. You’re in for the ride of your life.

Gina Schien’s plays have been produced in Australia, the US, Italy and Edinburgh and Brighton Fringe festivals in the UK. She has won a MacDowell Colony Fellowship in the US and an Australian Writers Guild award. Her writing has been described by critics as ‘gobsmackingly brilliant’, ‘wonderful, poetic and beautiful’ and ‘sidesplittingly funny’.

Jacqueline Robson’s acting credits include playing Louisa Collins in ‘A Poison Crown’, Aphrodite in ‘Metamorphoses’, Kyra in ‘Skylight’, Helena in ‘A Midsummer Night's Dream’, Harper in ‘Angels in America’, Karen in ‘The Children's Hour’, and Miriam in ‘The Women’, among other roles. She has trained at the Actors Centre Australia, Impulse Theatre London and the Working Actors Gym, Vancouver.