Renfield: In the Shadow of the Vampire 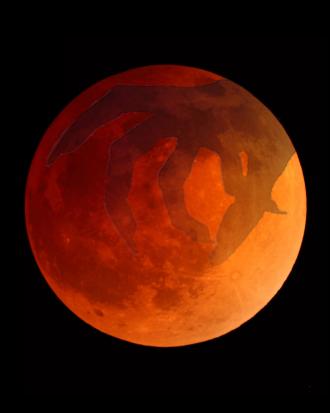 BUY TICKETS
Adelaide Fringe
4 STARS from Upside News. "Ericsson..has a compelling stage presence"---------- "Ericson embellishes the drama with nice touches of humour and some interesting introspective" - Rod Lewis - GlamAdelaide - 3 SHOWS ONLY
Presented by:
Grist to the Mill (UK)
Tickets also available via:
At the door 30 mins before (subject to availability). Shows start ON TIME. Latecomers not admitted

The story of Dracula told from the perspective of R M Renfield, the spider eating inmate of Dr Seward’s Asylum, which asks the question – is it really madness to want to live forever? 3 SHOWS ONLY

So you're locked in a cell with a madman whose Vampire master is expected imminently – what, are you not entertained? In this retelling of Dracula, from the perspective of Renfield – the spider eating inmate of Dr Seward’s Asylum – we get to explore life, death and immortality, and what we'll do to avoid it.

From the team behind 'The Unknown Soldier' and 'Gratiano'.
'Beautifully crafted Pinteresque monologue' ****1/2 Adelaide Advertiser on 'Gratiano'.

Ross Ericson is an award winning actor, director and writer. As an actor he has recently appeared in productions of 'Sucker Punch',The Royal Court, 'Fewer Emergencies', The Print Room and 'Dumb Waiter', The Yvonne Arnaud Theatre. His plays 'Casualties', 'The Unknown Soldier', 'Gratiano' and 'Tom Jones' are all published by Bloomsbury Methuen. He is currently touring his solo shows 'The Unknown Soldier', 'Gratiano' and 'Moby Dick'