The Road That Wasn't There 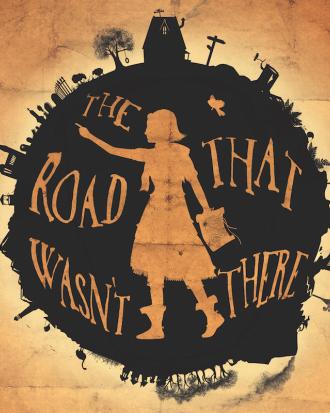 BUY TICKETS
5 Stars from The Advertiser - "if there is only one show that you can watch this Fringe, this one is the pick of the crop"
Presented by:
Trick of the Light
Trailer for THE ROAD THAT WASN'T THERE

This is a story about a girl who followed a map off the edge of the world...  In New Zealand, there are some 56,000 kilometres of paper roads - streets and towns that exist only on surveyors' maps. Or do they?  An award-winning fairytale combining puppetry, shadow-play & live music.

A young woman strays from the beaten track and finds herself in a paper world. It seems a land of possibility but she soon discovers that things that happen in the fictional world can have frighteningly real consequences.

From Trick of the Light Theatre comes an award-winning production drawn from the twitchy edges of children’s literature - a dark world reminiscent of Coraline and Pan’s Labyrinth. Combining puppetry, shadow play, and live music, The Road That Wasn’t There is a curious tale for intrepid children and adventurous adults…

"Thoroughly enchanting and totally engrossing, The Road That Wasn’t There is a must see show for all ages."
- The Dominion Post

"Charming, funny and haunting in equal measure.... a storytelling triumph."
- Word on the Street

"Should attract an audience from 8 to 80 anywhere in the world."
- Theatreview

Trick of the Light is an award-winning theatre company from Wellington, New Zealand, founded by Hannah Smith and Ralph McCubbin Howell. We like to make theatre that is playful, inventive, thought-provoking, and that speaks to the here and now. Our previous shows have ranged from intelligent children’s theatre to biting political satire, but are unified by their attention to narrative, integrated visual design, and belief that theatre should resonate with the wider world.

5 stars from The Advertiser - "If there is only one show that you can watch this Fringe, this one is the pick of the crop"
Valerina Changarathil - The Advertiser
4 stars from Indaily - "they're both hands-down stand up hits"
Heather Taylor Johnson - Indaily