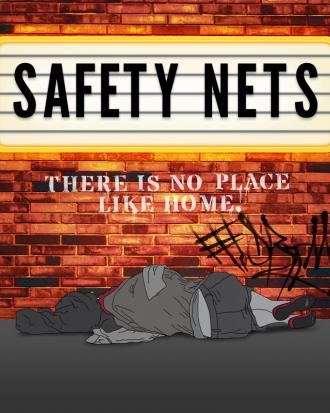 Enigmatic! Entertaining! Ruby Tuesday draws you into her stories and home in an old theatre squat, taking you on a poetical, political, musical ride to the other edge of town. It’s about luck, life on the precipice and the nets that fail - a two hander about the life of one incredible woman.

Written by Sarah Butler, developed for performance and co-directed with Jillian O’Dowd; Sarah’s background in dance brings a strong sense of movement to this work; Jillian’s original songs and voice offer a unique live soundtrack to Ruby’s compelling journey.

Adelaide’s historic Bakehouse Theatre is the perfect location for this timely new play from NSW about displacement and the human heart.
"Poverty is not a lack of character, it's a lack of cash".(R Bregman)

"Ruby’s mum was Mick Jagger’s muse and inspiration for the Stones’ song – or maybe she was really an addled drug addict trapped in a cycle of poverty and abuse......this play will make you laugh and cry"
Craig Cook - The Advertiser