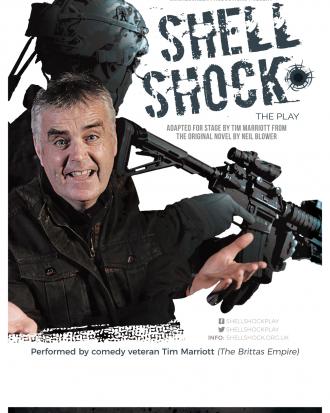 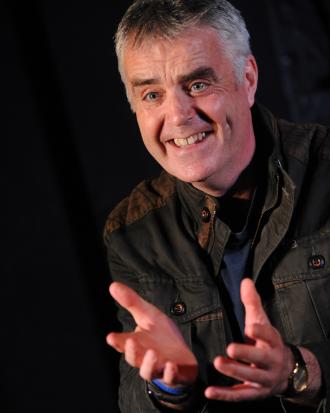 BUY TICKETS
Adelaide Fringe
4 STARS from The Advertiser - "Marriott gives a very genuine and compassionate performance" 5 STARS from Radio Adelaide http://radioadelaide.org.au/2018/03/08/adelaide-fringe-review-shell-shock/
Presented by:
Guy Masterson – CIT and Smokescreen Productions
Tickets also available via:
At the door on the night (subject to availability)

The second production in the Lest We Forget series is Shell Shock, a stunning personal realisation of one former soldier’s experience of learning to cope with Post Traumatic Stress Disorder.

After a long career in the military, Tommy’s observations on the absurdities of every-day life back on civvy street are frequently comic, sometimes violent but always poignant. Nothing is safe... a post office queue, a trip to Ikea and a Nintendo Wii all feel the force of Tommy's outraged frustration...

​Based on Shell Shock: The Diary of Tommy Atkins by Gulf War veteran Neil Watkin, Shell Shock is adapted and performed by BBC comedy veteran Tim Marriott (The Brittas Empire) following successful seasons in Edinburgh and New York and an extensive ‘stigma reduction’ tour to regional theatres and education centres including ‘behind the wire’ performances to serving personnel throughout the UK.

​ *****"An astonishing piece of drama” (Scene1+)
​*****"The writing is superb as is the acting" (Glasgow Living)
OUTSTANDING SHOW "Astonishing and astounding"  (Fringe Review)
****"A commanding performance... vivid and compassionate" (Fringe Guru)

Shell Shock is created with the support of military charities Help for Heroes, Combat Stress and the Stand Tall for PTS.