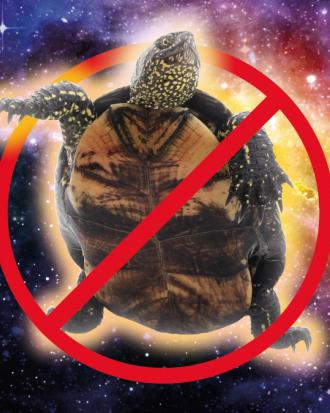 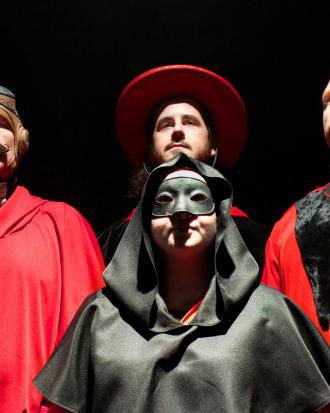 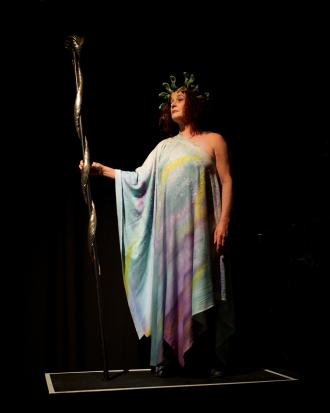 BUY TICKETS
It’s a God-eat-God world, which makes life a bit tricky when you are manifesting as a tortoise. Everyone knows that there’s good eating on one of those things.
Presented by:
Unseen Theatre Company
Tickets also available via:
At the door on the night (subject to availability)

Brutha is a simple novice who only wants to tend his melon patch. Until one day he hears the voice of a god calling his name.   A small god, to be sure, but bossy as hell.

In what has been described as one of the 20th century’s finest satires, "the gods are pompous, the worshippers cowed, and the priests violently closed-minded. Yet the tale is never heavy-handed, thanks to some deftly comical plot twists, as well as all the levity that comes from picturing an angry god trapped in the body of a tortoise.”  (Australian author Jack Heath)

The main target of Pratchett’s  perceptive, satirical wit in Small Gods is religion and intolerance.  Funnily enough, according to his fan mail, both believers and non-believers have praised the book for supporting their position!

Philosophical and theological arguments aside, it is still epic storytelling (with one foot of silliness stuck in the door), a comedic character piece, an awfully big adventure, and, as always, it examines the never ending conflict between good and evil.  So you could say that it pretty much covers everything!  (including the number 42).

This is also one of Terry’s works that is most often accused of being literature.  However Terry himself preferred to put his views in a simpler fashion:-  “ Take it from me, whenever you see a bunch of buggers puttering around talking about truth and beauty and the best way of attacking Ethics, you can bet your sandals it’s all because dozens of other poor buggers are doing all the real work around the  place.”

Although this production was planned quite some time before Terry’s passing, some may see it as fate, others as simply co-incidence, that we decided on this particular one of his works that is concerned with theological and philosophical issues. Whatever your beliefs, we hope that it is a fitting tribute to him.   Small Gods has all the usual comedy, action, and drama that we have come to expect from one of the most insightful minds of our era. It will also make you think about….well...everything, long after you have left the theatre!

RIP Sir Terry.  We hope you are giving our favourite character a good run for his money!   We at Unseen Theatre Company will be sure to keep your work alive on stage.

OPENING NIGHT PROCEEDS will be donated to SAVES www.saves.asn.au
Please Note: SAVES will be holding a forum entitled "The Voluntary Euthanasia Story" on Tuesday June 2nd at 7pm.  For more details please download the invitation attached in the list "documents' below.

"a masterful performance..fans of the late Sir Terry Pratchett will be thrilled to know that Unseen Theatre Company has done justice to.. "Small Gods" adapted for stage by Pamela Munt"
Louise Miller-Frost - Adelaide Theatre Guide
"A good, rip-snorting tale and a significant contribution to the legacy of Sir Terry Pratchett... Small Gods confirms, yet again, ..Unseen Theatre Company's status as an accomplished and engaging presenter of Pratchett's Discworld.
Stephen Davenport - Indaily
"Pratchett's vivid characters and wonderfully tongue-in-cheek dialogue are right at home in this vibrant and imaginative interpretation"
Henry Rodriquez - TREv