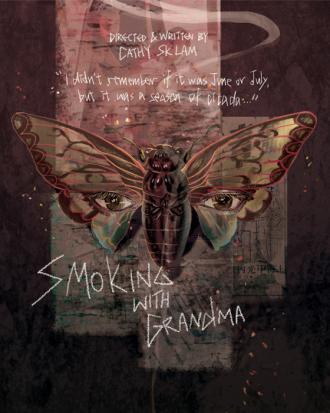 BUY TICKETS
That's All We Are, A Drifting Wood. - 4 STARS from The Advertiser; 4.5 STARS from Jason Yip (Critics, Judge of Hong Kong Theatre Libre)
Presented by:
Three Woods Playwrights
Tickets also available via:
At the door (subject to availability). Box office opens 30 mins before show starts

"I didn’t remember if it was June or July, but it was the season of cicada."

Directed and written by HKADC Emerging Artist Grant receiver Cathy SK Lam who created the acclaimed play The Immigration Lottery, which received rave reviews when it was shown at the Bakehouse in Fringe 2016, Smoking With Grandma is a brand new piece of writing about refugees and will be premiered at the Bakehouse in Adelaide Fringe 2017

Maia called 1996 the year of lost, the year before the transfer of sovereignty over Hong Kong, also the year her grandma passed away. Her grandma had spent most of her life in Tiu Keng Leng, a remote island in Hong Kong which used to be a refugee village, housing former Kuomintang (KMT) officials and followers who had escaped to Hong Kong from China after KMT was defeated. Tiu Keng Leng was demolished that same year. Just the night before Tiu Keng Leng was going to disappeared from the map, Maia goes back to her late grandma's squatter. When Maia unveils the buried secrets of her grandma, all she wants to do is have a chance to smoke with her grandma.

ThreeWoods Playwright was registered as non-profit theatre company in 2011, formed by a group of young theater artists based in Hong Kong. Their production can be seen in Europe, Australia, Hong Kong, Taiwan and Mainland.

Recent review of the Hong Kong performance of Smoking With Grandma -
"The play is dark and sad yet brings hope to the audience. My brain kept looping the message inside the play after leaving the theatre, I questioned the world is too big yet there is no place for refuge. No matter you are in Hong Kong or Adelaide, it definitly worths your time watching it."   4.5 star
Jason Yip (Critics, Judge of Hong Kong Theatre Libre)

“ThreeWoods Playwright: a young but promising theater company that keeps concerning the relationship between individuals and society. Their plays are poetic and beautifully written.”

Reviews from Fringe 2016 performance of The Immigration Lottery:-

"If you're interested in having a good laugh, whilst being challenged about concepts of freedom and identity, I would definitely recommend the The Immigration Lottery." 4 stars from Great Scott Media

"Writer/director/performer Cathy SK Lam (with Angel SY Chan and Mimi Lo) has put together one of the funniest, quirkiest and genuinely touching productions this Fringe; A meaningful message wrapped in a delightful, enigmatic shell."     Jamie Wright - Adelaide Theatre Guide

“Lam plays with this idea of a lost and distorted identity brilliantly and the theme and its political implications gradually creep up on you."  4 stars from Broadway Baby

"ThreeWoods Playwright‘s production of Wither on the Vine, a piece on looking at the people in Guangzhou, China, back in 1950s during the Land Reform period, is probably the best environmental heritage theatre I have ever seen in Hong Kong." Five Stars from The Typewriter

THIS play from Hong Kong captures that feeling where the constant hope of salvation becomes set into the bones without the catharsis of release.
Tim Lloyd - The Advertiser