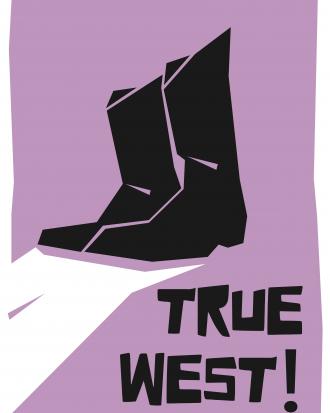 BUY TICKETS
Two brothers. Two lives. Trapped in a duel for meaning beyond the myth.
Presented by:
Marko Siklich and Robbie Greenwell
Tickets also available via:
Due to new Health regulations this show is now a masked event.

The play explores the relationship between estranged brothers, Austin, and Lee, who haven’t seen each other for 5 years.

Austin is a Hollywood screenwriter, working on his big break. Meanwhile, his older brother, Lee, has been living out on the desert, a drifter, and a hustler.
They reconnect while Austin is house sitting their Mum’s home, 40 miles east of Los Angeles.  As the days pass, the brothers discover they aren’t as different as they think.

From the playwright
"I wanted to write a play about double nature, one that wouldn't be symbolic or metaphorical or any of that stuff. I just wanted to give a taste of what it feels like to be two-sided. It's a real thing, double nature. I think we're split in a much more devastating way than psychology can ever reveal. It's not so cute. Not some little thing we can get over. It's something we've got to live with."