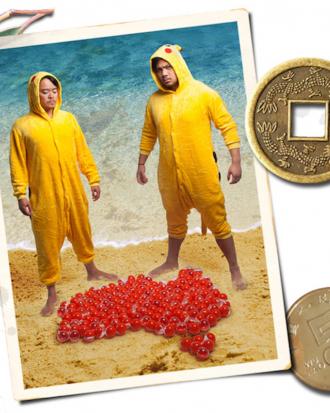 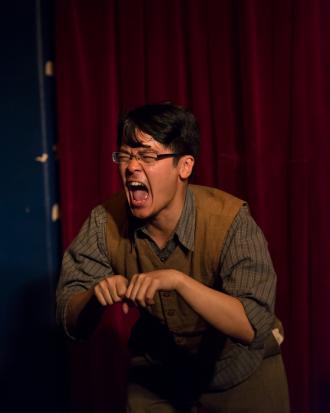 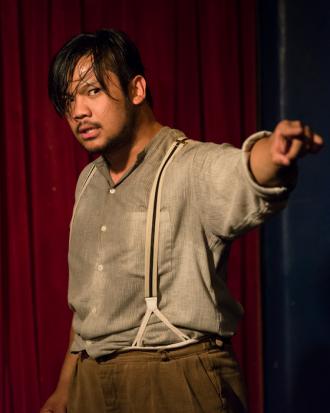 BUY TICKETS
ONE NIGHT ONLY! Saturday 11th March. An Asiatic invasion featuring a huge cast of characters with Mongol hordes and questionable accents.
Presented by:
15 Minutes from Anywhere
Tickets also available via:
At the door 30 mins before the show starts (subject to availability)

ONE NIGHT ONLY - SATURDAY 11TH MARCH AT 9PM

Then the unexpected...
The twist in the tale
The thing you didn’t see coming [John Marc Desengano & Keith Brockett]
The hurdle
The problem
The obstacle

One of our actors has been cast in a television project. it’s going to be shown internationally.
It’s a huge opportunity.
He’s going to be on TV. Acting. On TV.

But we refuse to let that stop us!
We won’t let it beat us!

Adelaide, The Yellow Wave is coming!….And we're bringing our fancy TV actor with us!

For one night only!

A 19th century classic of Australian literature comes to life in 75 action-packed, fun-filled minutes. The Yellow Wave: a romance of the Asiatic invasion of Australia is an epic saga of heroism, passion & boat arrivals. With a huge cast of characters, Mongol hordes, questionable accents, just two actors & a narrator, it’s an invasion like no other!

Praise for the Melbourne Season:

"So many levels of hysterical." The Plus Ones
"A laugh a minute journey..." Theatre People
"The Yellow Wave certainly had the audience laughing almost without pause for its entire length... Don’t miss it." Stage Whispers