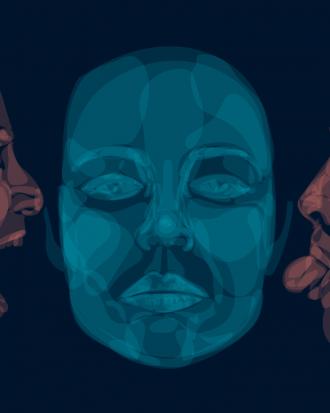 BUY TICKETS
4.5 STARS - ATG. Autism and acting; anthropology and theatre. A fast-paced satirical, poignant and existentialist journey into the mind of the actor and the experience of the audience.

"An autistic actor. Two characters from...? And who exactly is the audience?

Chase the Feeling is a fast-paced satirical assassination of theatre and autism. Inspired by the classic cannon of theatrical literature and performance genres it is at once poignant, absurd and deeply emotional; outrageous and profound... and its got an inspirational sports montage sequence.

Based on real anthropological fieldwork about a group of autistic actors this play is an existentialist romp through autism, the meaning of ‘normal’ and the experience of theatre itself.

Tahlia is on the spectrum living life amongst people and systems that make her disabled. But she isn't. And despite being abandoned by the people and institutions that are meant to help, she will find her own voice and speak proudly about herself. Tahlia wants to be an actor so she can make others understand how it feels to be her. With the help of two characters from her sub conscious Tahlia (and you) will explore the mysterious existentialism and enigmatic universe of the theatre.

3 Stars - There’s nice work from the actors, especially Leeanne Marshall, a soothing presence throughout.
The Advertiser - Louise Nunn
4.5 Stars - the show will entertain and enthral you and give some food for thought about the ways in which society tries to mould and manipulate people into conforming to some supposed “norm”.
Linda Edwards - Adelaide Theatre Guide