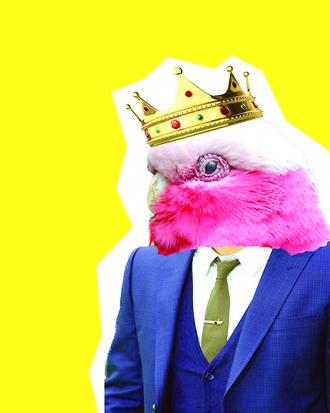 BUY TICKETS
Being a big wig and going places isn’t always what it’s cracked up to be.
Presented by:
GRAPA
Tickets also available via:
At the door 30 mins before the show starts (subject to availability)

"GALAH tackles complex issues surrounding truth and existence, with a light touch that links all too clearly to the current politic climate."
--Katherine Innes

What is that space between existing and not existing? When someone leaves home but doesn't arrive anywhere, where are they?

There was once a time when you could leave one place and expect to arrive at another place; perhaps even to the destination you had set out for. But what if this doesn't happen? What if you arrive somewhere which is actually nowhere?

Well, there was a man – a powerful man – who had left home one day, whose plane had crashed, and, of course, did not arrive where he had intended. He found himself in such a place, a nowhere place, a place he thought both extraordinary and implausible; he refused to believe any of it.

His hosts were expecting him and try to put him at ease. But who are these hosts and what is their true function? And what of the world he has left behind? Will it stand still until he returns? Can he return? What will he do if he does? Or will all this happen again, and again, and again…? And what has a galah got to do with it anyway?