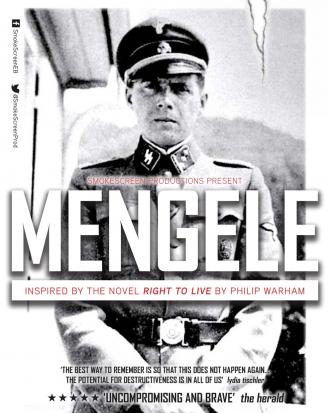 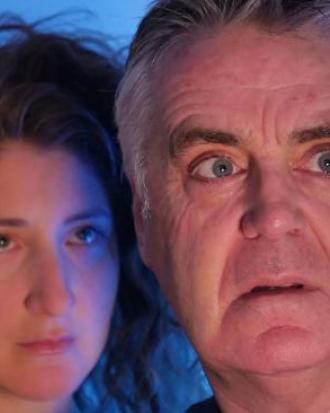 Stefanie Rossi and Tim Marriott in Mengele
BUY TICKETS
Adelaide Fringe
5 STARS - "A must-see masterpiece, with a message more relevant than ever. Lest we forget." - Alexander Ewers - Krystoff
Presented by:
Guy Masterson – CIT/Tim Mariott
Tickets also available via:
At the door on the night (subject to availability)

MENGELE –  inspired by the novel Right to Live by Philip Wharam.

A powerful, brutal and surprisingly contemporary expose of a charming manipulator and sociopathic narcissist. 5 STARS from Edinburgh Fringe...

1979. On a beach in Brazil, Josef Mengele, the notorious doctor of Auschwitz, takes his routine morning swim. Out in deep water he has a seizure and is washed ashore, where he is confronted by a local woman who he assumes has saved him. Flattered and entranced by this enigmatic presence, he is seduced into revealing himself. As he seeks to justify his life he ultimately only succeeds in damning himself.

Mengele is scripted and performed by Tim Marriott (BBC TV’s The Brittas Empire) with Adelaide-based performer Stefanie Rossi  as ‘Azra’.

Presented in cinematic style, this production is atmospheric, evocative and poignant in its contemporary reference exposing a sociopathic narcissist. An acclaimed run at the Edinburgh Fringe festival resulted in Mengele being selected as a ‘Fringe Encore Winner’ to play an off-Broadway season in New York.

As the rhetoric of current debates and campaigns echo the rhetoric of the 1930s, the words of Auschwitz survivor Lydia Tischler are particularly appropriate; “the best way to remember is for it not to happen again… the potential for destructiveness is in all of us”. Tim Marriott adds: “the lessons from history are easily forgotten if we allow debate to be reduced to the slogans and sound bites of today… this play aims to serve as a reminder to all of us of the complexities and darkest impulses of human nature”.

Mengele is created with support and advice from the Holocaust Educational Trust and the Amud Aish Memorial Museum of New York.