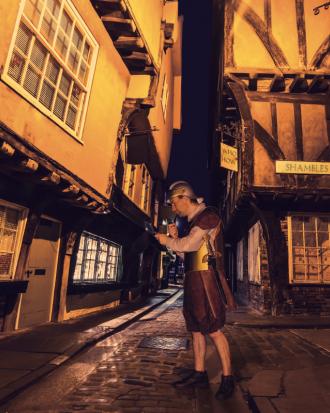 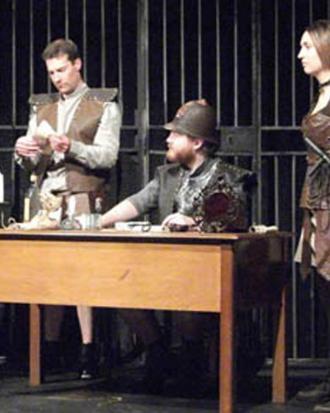 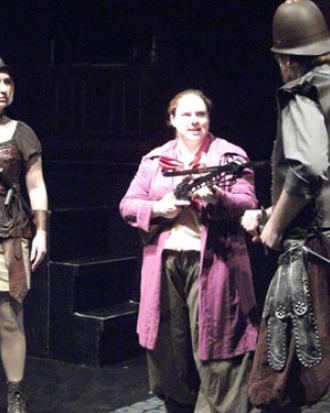 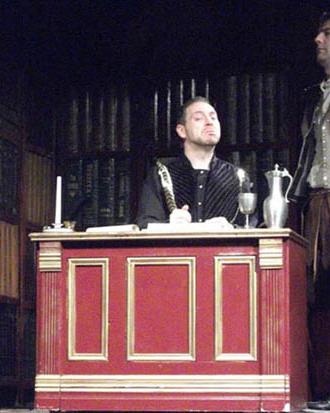 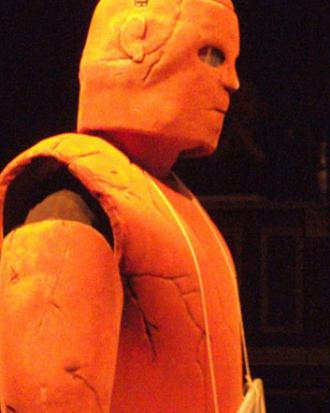 It's murder in Discworld!—which ordinarily is no big deal. But what bothers Commander Samuel Vimes, Head of the Ankh-Morpork City Watch, is that the unusual deaths of three harmless old men do not bear the clean, efficient marks of the Assassins' Guild.

Added to that, the City Watch has got problems of its own. There's a werewolf suffering from Pre-Lunar Tension, Corporal Nobbs is hobnobbing with the nobs, and there's something really strange about the new dwarf recruit -  especially his earrings and eyeshadow.

Who can you trust when there are mobs on the streets, plotters in the dark and all the clues point the wrong way?

Nevertheless, Commander Sir Samuel Vimes has got to find out not only whodunit, but howdunit too. He's not even sure what they dun. But as soon as he knows what the questions are, he's going to want some answers.

We don’t want to give anything away, but Vimes may find that the truth is not out there at all.  In fact, it may be inside – but inside what? or should we say whom?

“A chilling tale of poison and pottery”.  – Amazon UK

“Like reading Tolkien but with gags – and good gags too”- Matt Seaton, Guardian

"As usual, Terry Pratchett’s quirky sense of humour made the full house audience on Opening Night laugh often. Alycia Rabig enticed and delighted as Cheery Littlebottom ... Mike Shaw as Commander Sir Samuel Vines was very sleuth-like and dramatic...Aimee Ford... was suitably unsophisticated as Nobby Nobbs and Doughnut Jimmy."
Allison Thomas - TASA/Encore
"Led, as always, by director, Pamela Munt, the passion and dedication that goes into Unseen Theatre Company’s performances, is phenomenal. The energy is contagious, and the production design to produce such complicated story lines, to two act plays on a small stage, is lauded....All in all, an enjoyable play, which draws you into the Unseen world with friendliness and charm."
Christine Pyman - Broadway World
"Unseen Theatre Company is among the best amateur theatre Adelaide has to offer. Feet of Clay would be a wonderful way to spend an evening for any fan of Sir Terry Pratchett’s Discworld."
Nicola Woolford - Glam Adelaide

By arrangement with Origin Theatrical, on behalf of Samuel French Limited